Government to start consultation on no-fault divorce | What changes are being proposed? 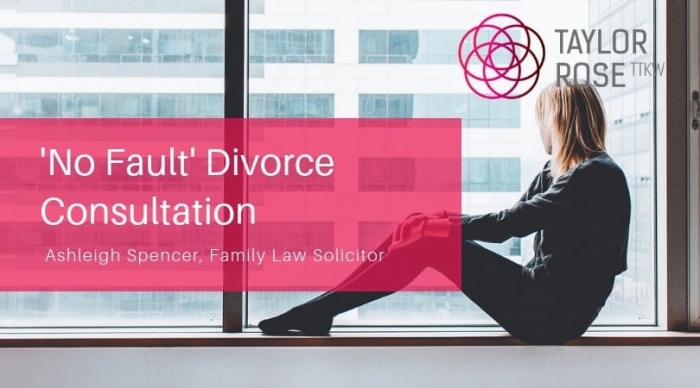 Following a Supreme Court Judgement in Owens v Owens in July 2018, the Government have announced plans to start a consultation on no-fault divorce.

Currently, to get divorced before parties have been separated for 2 years, and the responding party consents to the divorce, the only way is to blame the respondent for adultery or ‘behaviour’.

This can cause unnecessary exacerbation of emotion and not assist the legal process at this time. The legal process to be followed is to try and negotiate, mediate and agree financial matters and issues relating to children. This is much more difficult if the first document sent to the respondent is blaming them for the breakdown of the marriage, and they may not agree with this.

The Owens v Owens case highlighted the need for the Government to consider whether they will introduce no-fault divorce as Mrs Owens petitioned the Court for a Divorce on the basis that her husband’s behaviour had been such that she could not reasonably expect to live with him. Being married in 1978 Mrs Owens told the Court that she lived in a ‘bad marriage’ and wanted to be divorce.

Mr Owens defended the Divorce petition, which is rare.

The case proceeded all the way to the Supreme Court and they eventually decided that the wife was not entitled to a divorce.

The government is proposing to change the law, for Divorces and Civil Partnerships, to:

This has been an issue previous Government’s have attempted to deal with, without success, for the past 30 years.

"For far too long, couples have been forced into needless acrimony and conflict in order to satisfy an outdated legal requirement… Apportioning blame can lead to long-term damage to relationships between children and their parents, and can undermine attempts to resolve matters outside of an already overstretched court system…The government appears to have heeded our calls to make our divorce system fit for the modern age, and we will continue to push for this much-needed, overdue reform to be implemented as soon as possible."

For more information or if you need divorce advice or other family advice please contact a member of our family team or get in touch.

To bring or not to bring committal proceedings?

An Overview of Interlink Recruitment's Q&A with Adrian Jaggard

Taylor Rose MW has recently reached a headcount of over 1000 through a combination of our consultancy program, the...