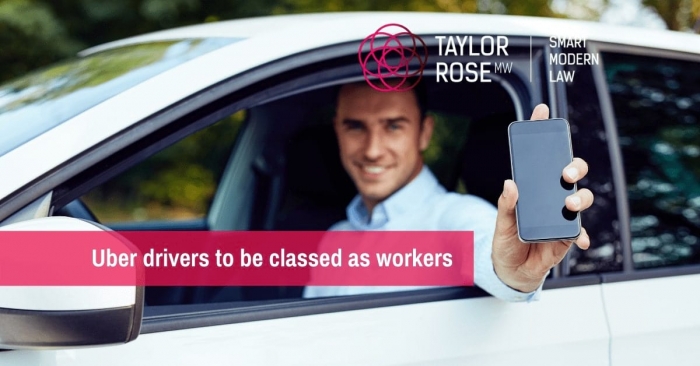 This judgement has had ramifications for the “gig economy”, which could affect private hire drivers, couriers and delivery drivers. It represents an expansion of rights for those who, in years past, operated in a bit of a legally grey area.

They had argued they were taken advantage of by large technology businesses. These businesses had a financial interest in classing people such as Uber drivers as self-employed, not workers or employees.

The law in England and Wales recognises “work doers” in three main categories:

1. those who are employed,

2. those who are genuinely self-employed and truly in business on their own account, and

There has been much debate around this status in recent years, particularly in connection with the development of new technology-based services, such as Deliveroo and Uber.

Uber had argued that its drivers were genuinely self-employed and in business on their own account. They pointed to the flexible nature of the work, for instance drivers have no set hours however, the Supreme Court disagreed.

The drivers and Uber were not considered to be in a relationship of equals which you would expect between two businesses contracting freely with each other. They considered five areas where drivers were in a “subordinate and dependent” relationship with Uber, significantly:

Taylor Rose MW's Luke Hutchings, Partner in our employment department said: "this judgement ironically confirms the 'direction of travel' that the law is taking, with respect to the gig economy and the rights of people who obtain work by logging into an app."

"The law has affirmed that in cases like this, these people are workers and should be afforded legal protection."

“Bear in mind only employees and not workers are covered by some of the central legal protection in England and Wales. For example, only employees have the right not to be unfairly dismissed and only employees are entitled to receive a statutory redundancy payment,” he continued.

“If you are a technology company providing services, and you rely on a bank of people who you consider to be ‘self-employed’, be aware this may not be the case at all. Even if you have required those persons to enter into a contract stating that the individual does not consider themselves to be workers but self-employed,” he concluded.

For now, the drivers have found certainty in the ever-changing gig economy.

Please contact Luke Hutchings at our Peterborough office on 01733 865636 or click here to read more about our employment services.