Will a Claim in the Estate of Monty Python Actor, Terry Jones Succeed? 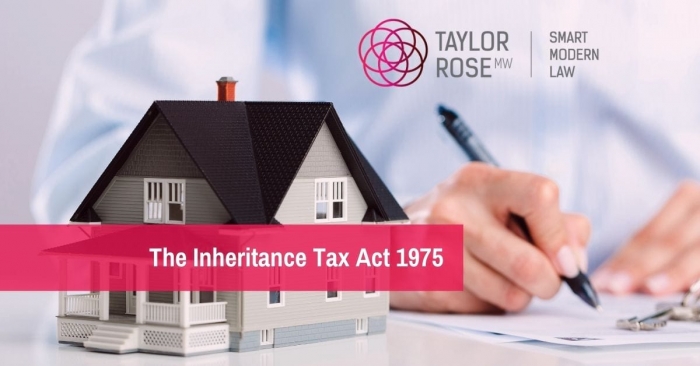 With family structures consisting of second marriages and children from a previous relationship becoming increasingly common, bitter disputes can often arise between the stepchildren and step-parent when one of the spouses dies.

Fiona Edwards, Paralegal in our Contested Probate department, discusses the recent news that the children of late Monty Python Actor, Terry Jones are bringing an Inheritance Act claim against his Estate.

What is the background?

Monty Python actor Terry Jones was diagnosed with a rare form of dementia in 2015, and died in January 2020. Mr Jones was survived by his second wife and their (now) 12-year old daughter, as well as two adult children from his first marriage, aged 45 and 47.

Mr Jones’s adult children are now bringing a claim under the Inheritance (Provision for Family and Dependants) Act 1975. This is for “reasonable financial provision” from their father’s estate. Based on this claim, it is thought that Mr Jones’s second wife is the principal beneficiary of his Will made in 2016, as she is reportedly listed as the primary defendant of the claim.

What is the law?

Under the 1975 Act, the following individuals can seek reasonable financial provision:

A spouse is entitled to provision that is reasonable in all the circumstances. Other groups of applicant can only get reasonable financial provision for their maintenance. Case law has defined maintenance as essentially just day-to-day living expenses.

Relevant factors the court must take into account when considering such a claim include, but are not limited to:

Recent case law indicates that where a 1975 Act claim is brought by adult children, for whom the deceased had no obligations or responsibilities towards them at the time of death, and who could meet their needs for maintenance, if necessary by adjusting their lifestyle, then such a 1975 Act claim would fail, even in an estate of considerable size.

In this case , both children bringing the claim are about middle-aged. It is a distinct possibility that both have lived and made lifestyle choices without any financial assistance from their father in recent years. Past obligations and responsibilities towards the two children when they were younger are irrelevant.

Moreover, the case law mentioned above also indicated that such a 1975 Act claim would be more likely to fail in cases where the surviving divorced parent provided financial assistance towards the children, as well may be the case in this instance.

A more significant concern in this case, however, is perhaps the age of the daughter Mr Jones had with his second wife. Given that the daughter in question is still a minor child, Mr Jones would have had greater obligations and responsibilities towards this child than towards his two adult children from his first marriage.

These obligations and responsibilities would also have continued well into the daughter’s adult years were she to go to university. The needs of Mr Jones’s daughter as a minor will also be greater, and her resources fewer, than those of his adult children.

Mr Jones’s second wife will also have her own financial needs to consider, it is  likely that Mr Jones provided for her during their marriage, meaning his obligations and responsibilities towards her would have been of some significance. It is also possible that his wife does not have many financial resources of her own.

In consideration of the respective claims upon the estate of Mr Jones’s second wife and youngest daughter, as well as the implications that can be drawn from the age of the two children bringing the claim discussed above, the is a notable chance that the 1975 Act claims will fail, regardless of the size of the estate.

How can I avoid this happening to me?

It is becoming more and more common to see couples with children from a previous relationship. It is important to draft a Will that takes into account such potential claims against the estate, either by making provision for any potential claimants or perhaps by explaining in an accompanying letter of wishes why no such provision is being made.

If you have children from previous relationships, you may want to include a life interest trust in your Will. This would allow a surviving spouse/partner to live in the property and use the other assets, but the underlying capital is protected for all your children.

While there is no guarantee this would prevent any claims for reasonable financial provision, it may help to influence the court’s final decision in such a case.

How can we help?

We have a strong Wills, Trusts & Probate department, who will discuss your background with you, and who be able to prepare a Will that reflects your wishes for the distribution of your estate. With our high-quality advice, we can try to draft your Will in a way to reduce the chances of disputes like this happening in the future.

If, however, you do become involved in a dispute over somebody’s inheritance, our experienced Contentious Trusts and Probate department will be able to help. We deal with Inheritance Acts claims like the one discussed here, as well as disputes over the validity of a Will, disputes between executors and beneficiaries and more. We will be able to help whether you are looking to make a claim or defend one.