Do you need to update your Will? 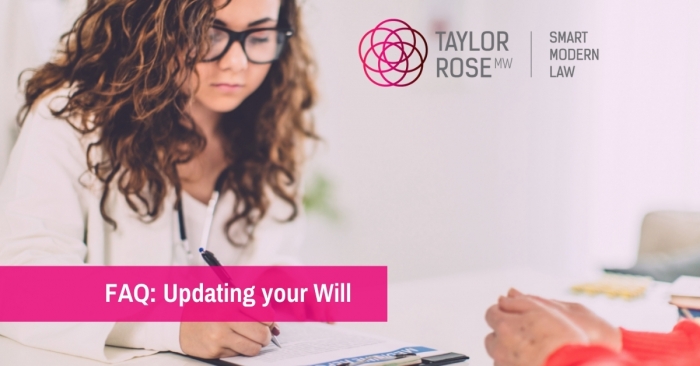 A Will is a living document and should be kept up to date in order to reflect changes in circumstances. Many people do not realise, for instance, that getting married can automatically revoke a Will but getting divorced does not. Such are the quirks that can occur when the main legislation on Wills was made in 1837.

Eddie Bell, Solicitor in the Wills, Trusts & Probate department explores some of the situations that may mean that you need to update your Will.

Q: What do I need to do if I am getting married?

A: Under the general law, marriage automatically revokes a Will, unless the Will is made in anticipation of marrying (or entering into a civil partnership with) a particular person. This can be done by including a clause in the Will to make it clear that the Will should still apply after you are married.

This applies to same-sex couples in the same way as opposite-sex ones.

Q: Does it work the same way if I am getting divorced?

A: Rather counterintuitively, divorce is not treated in quite the same way. Divorce (or termination of a civil partnership) means that the Will still stands but will apply as if your ex-spouse had died before you, unless otherwise stated. That means that any gift to them or appointment of them as executor will fail, but you can prevent this happening if you wish by including a clause to that effect. Our expert lawyers would be more than happy to discuss this with you.

Q: My son is transgender but my Will leaves everything to “my daughters”. Will he still inherit even though my Will says “daughters” rather than “children”?

A: This could depend on the date of the Will and whether he is named in it.

Since 4 April 2005, individuals have been able to apply for a Gender Recognition Certificate. This allows them to have their change of gender recognised for all legal purposes from the date of the certificate.

A certificate does not affect what happens under a Will made before 4 April 2005. For Wills made on or after that date, the estate will be dealt with in accordance with the person’s “new” gender. That means that if a post-2005 Will simply says “my daughters”, this does not include a trans man. If, though, the Will gives their names, this could well include a trans man even if he is referred to by his deadname (i.e. the name he used before starting to identify as his new gender). The law is, though, unclear in this regard and you should consider updating your Will to take account of the transition.

The key is always to make sure that it is possible to identify all the beneficiaries with certainty. When naming a transgender person as an executor or beneficiary, it may be sensible to include both their current name and their deadname in order to make absolutely sure, although this may well cause offence. It will be necessary to strike a balance between the risk of causing distress and the risk of the Will being challenged for being unclear. 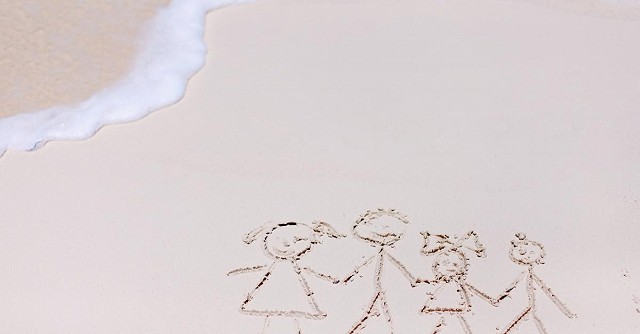 Q: My wife and I made Wills that have inheritance tax trusts in them. Do we still need these?

A: Historically, a surviving spouse/civil partner could not transfer any of a deceased spouse’s IHT allowance to their own estate. It was therefore common for Wills to include a discretionary trust as a way of using up the first spouse’s Nil Rate Band and effectively getting a second bite of the cherry on second death.

Following a change to the law in 2007, spouses were able to transfer the unused percentage of their Nil Rate Band to each other. This led to far fewer Wills being drafted to include Nil Rate Band Discretionary Trusts, although they do still have their uses.

If a married couple still have Wills that include these trusts on first death, the trust still has to be set up correctly, but provided that the surviving spouse is named as a potential beneficiary, the entire trust fund can simply be given to them, and if it is done within 2 years of the date of death it is treated for tax purposes as if the Will had simply left everything to the surviving spouse and the trust had not existed.

All of this means that there is no requirement to update your Wills to remove the Nil Rate Band Discretionary Trusts, although it may be sensible to do so as a way of simplifying things. We would, though, be happy to advise on whether it could be worth keeping them in your Wills.

Q:I now have grandchildren and I want them to inherit if their parent had died before me. What do I need to do to make this happen?

A:Section 33 of the Wills Act 1837 states that if a gift to a child fails because they have died before the testator, their children (i.e. the testator’s grandchildren) will normally take their share instead. Many Wills also spell this out explicitly.

Our specialist lawyers would be happy to review your current Will to see if it makes sufficient provision for your grandchildren and, if it does not, advise you on how you could choose to include them.

You may also want to take the opportunity to leave your grandchildren something immediately, such as a fixed sum of money for each of them or a percentage of the estate to share. We would be more than happy to discuss this with you further.

How can Taylor Rose MW help you?

Although many of these situations do not mean that you are legally required to update your Will, it is important that your Will still works in the way that you want it to. One of our team of experts would be more than happy to review your existing Will to see if it is still fit for purpose and to suggest any changes that could be required.

We have over 30 offices nationwide,, so if you would like to discuss an intestate estate with us, call us on 020 3540 4444, email us at info@taylor-rose.co.uk or contact us to request a call back, and one of our expert team will be happy to discuss how we can help.

Congratulations to Louisa Bazett who has won our Legal Directors Award for Q1 2022! Louisa is a Solicitor...