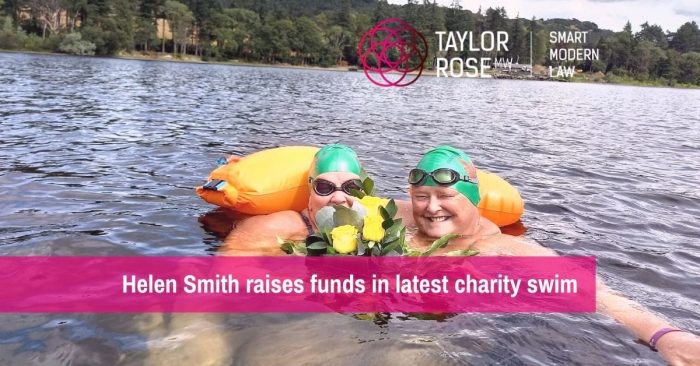 Helen Smith, Head of Audit began raising funds with her sister, Hayley, for the British Heart Foundation almost 8 years ago in memory of their younger sister Heather, who died unexpectedly at the age of 36 of an undiagnosed heart condition. Heather’s sudden death threw their entire family into turmoil and sent both Hayley and Helen into a flat spin with feelings of intense grief that swimming became their place of peace and comfort.

It is not widely known that there is a second chapter to their story.

Heather left behind three children aged 18,12 and 8. Charlie, aged 12 was an ordinary, fun loving and cheeky little boy. However, he desperately missed his mum so much that on 14th February 2010, Charlie took his own life. 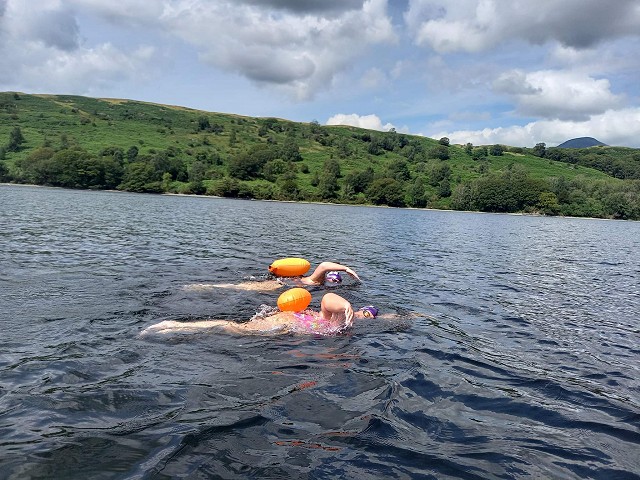 Charlie’s suicide was incredibly difficult for Helen and Hayley to understand and process, and it still is. This led them to connect with a charity called Papyrus, a charity dedicated to the prevention of suicide in young people.

After spending a couple of years completing individual and personal swims. Helen and Hayley have decided to come back together as team ‘Aitch Sea Jays’ this year to tackle a triple back-to-back Lake District swim including Ullswater (11.8km), Windermere (18.08km) and Coniston (8.8km) on three consecutive days immediately followed by an English Channel Relay Crossing.

The intention of the swims was to raise much needed funds and awareness for both Papyrus and the British Heart Foundation.

Monday 25th July saw the sisters tackle the length of Windermere at 18.08km, the longest of the three lakes and, on this occasion by far the hardest.

“A very strong head on wind on the last 6 miles meant very slow progress. However, perseverance paid off and we completed the length in 9 hours 44 minutes,” Helen continued.

“From Windermere it was all 'downhill', Ullswater was an absolute joy on Tuesday 26th July taking just over 5 hours to complete,” Helen said.

The final swim was on Wednesday 27th July. 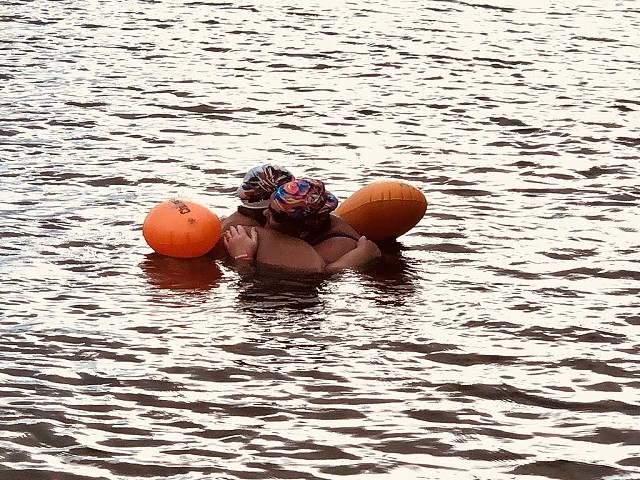 “Coniston was one of our first long swims and we were both really looking forward to swimming it again, which we did in 3 hours and 45 minutes,” said Helen.

“The Coniston swim was also very special as it coincided with what would have been Heather’s 49th birthday.”

Helen continued, “As is always our tradition, we laid flowers at the middle of each lake for Heather, and this time for Charlie too.”

“We also celebrated Heather’s birthday with some chocolate cake on a feed stop.”

“At the end of each swim we returned to our rental cottage (aptly named Heather Cottage) to refuel and sleep before setting off the following day for the next lake. The three days were fun, emotional, and tiring, all-in equal measure but absolutely worth it, “Helen said.

“The final swim will be the English Channel Relay which will be a 6-person relay consisting of three sets of sisters. The tide of this is now open and we are eagerly awaiting the call from our Pilot to head off to Dover.”

Coping with loss, especially when it’s a family member, may be one of the hardest challenges that many of us will ever face.

Helen and Hayley hope that their swim challenges will raise awareness of their two chosen charities and build a legacy for Heather and Charlie. 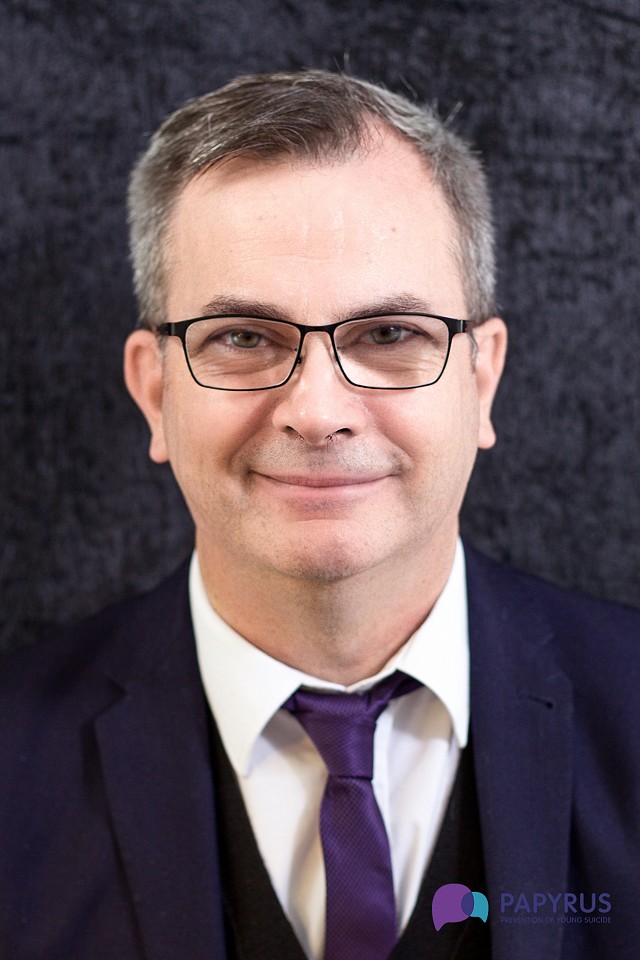 Ged Flynn, Chief Executive of the national charity PAPYRUS Prevention of Young Suicide, said: “We would like to say a big thank you to Helen and Hayley and all those who are supporting their courageous swims.

Their fundraising will help us to continue giving hope to young people who are struggling with life.

Generous donations help to pay for potentially life saving calls, texts and emails to our confidential HOPELINE UK service, which offers support and advice to young people and anyone who is worried about a young about a young person who may be having thoughts of suicide.

Funding also helps PAPYRUS engage with local communities and volunteers in suicide prevention projects and supports the training we deliver to individuals and groups, equipping people with the skills to recognise and respond to suicidal behaviour.

We believe that many young suicides are preventable and together we can all help to keep our communities’ suicide – safe.”

If you would like to would like to help, please consider sponsoring Helen and Hayley by donation via JustGiving or the British Heart Foundation.

We would like to say a massive well done to Helen and Hayley on their Swims in the Lake District and wish them the best of luck taking on the English Channel.

Do you need to update your Will?

A Will is a living document and should be kept up to date in order to reflect changes in circumstances. Many people...

Congratulations to Louisa Bazett who has won our Legal Directors Award for Q1 2022! Louisa is a Solicitor...