Cheltenham Festival – War Against Touts: What is the most recent update? 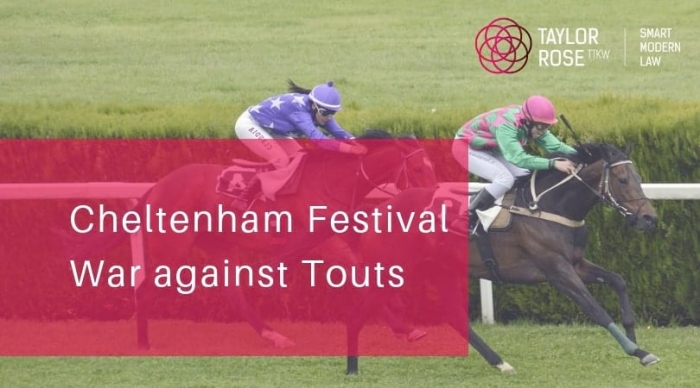 Greg Rollingson, an experienced litigation and sports lawyer reviews the recent injunction granted to Cheltenham Racecourse in its war against ticket touts.

The Injunction was granted with immediate effect and runs until June 2019. The Injunction thereby covers Cheltenham’s entire race season including the Cheltenham Festival in March 2019.This is a ground breaking decision and may benefit organisers of other big sporting events in Britain that are also plagued by ticket touts eg 6 Nations Rugby, Wimbledon, major football matches at Wembley etc.

Cheltenham boss, Ian Renton, hailed the verdict and said, “We welcome the Judgment of Mr Justice Nugee at the High Court today when an Injunction was granted against ticket touting at Cheltenham racecourse. This prohibits the selling and buying of tickets by touts on racecourse property and we welcome this landmark decision. It is the first time any such Injunction has been granted to prevent touting at a racecourse.  We are grateful for the full support of Cheltenham Borough Council and Gloucestershire Police in seeking this Injunction.”

Cheltenham had around 150 touts operating at the racecourse in March. Many racegoers have complained about being bothered and intimidated by touts. At this years festival, touts used a substantial number of fake cardboard entry badges for hospitality areas. Other racegoers paid for tickets only to be refused entry, when they discovered the tickets had already been used to gain entry. Cheltenham racecourse has made a stand by obtaining the injunction in a bid to clear the touts out of the racecourse premises.They have worked closely with Cheltenham Borough Council and Gloucestershire police to achieve this.

The Jockey Club, the owners of the racecourse (who also run events at 15 other racecourses), has estimated their loss in revenue in excess of £1m, as a result of ticket touting

In future other major sporting event organisers may follow the lead of Cheltenham and seek similar Injunctions to prevent touts operating at these events. Cheltenham’s initiative may therefore prove to be ground breaking.

If you are a sports organisation (or individual) with legal issues or concerns regarding a sporting event, or are concerned about tickets touts or other related issues then we can help you. Please contact Greg Rollingson or Thomas Burkett on 020 3959 0550 or by email to greg.rollingson@taylor-rose.co.uk or thomas.burkett@taylor-rose.co.uk for more information.