Accommodating people from all walks of life

Despite equality legislation existing, discrimination by the state and other organisations happens far too regularly.

The law of discrimination is complex and constantly evolving. Our specialist team of Discrimination Lawyers have the expertise and passion to help you. They are committed to fighting against discrimination wherever it exists.

We deal with both police complaints and claims. We have found that often these types of claims involve racial profiling in stop and search and/or individuals being unlawfully detained without reasonable cause.

We have particular skills and experience in dealing with the unique problems faced by victims of discrimination. We are sensitive to the unique circumstances faced by every one of our clients. We believe that every individual has the right to equal treatment regardless of such personal characteristics.

We can represent you in a claim for discrimination on any of the following grounds:

These are otherwise known as the protected characteristics.

If you have been subject to discrimination, please contact our specialist team.

A person must bring a claim under the Act in the county courts within 6 months of the alleged unlawful act taking place. This is called the Limitation Period and the courts tend to apply it strictly, meaning that you must act quickly.

Generally speaking, if a person wants to make a claim after that period it is at the court’s discretion whether it grants permission to allow this. The test applied by the court is what is “just and equitable” in the circumstances.

The exception to this rule is for claims which have been referred to a student complaints scheme within 6 months or to the Equality and Human Rights Commission for resolution.  In these instances, the time limit for bringing a claim is increased to 9 months.

Our highly experienced solicitors can provide you with the help and advice you need. To seek advice from our specialist team please contact one of our experienced team members by clicking here.

We also offer advice in respect of discrimination in the workplace.

If there has been a breach of duty on behalf of the state, and that breach is shown to have caused injury or death, this will usually be dealt with by means of a negligence claim. In claims of this nature, the breach will be addressed and more often than not, compensation will be recovered for the injured party or their dependants and personal representatives.

The circumstances of the case may also give rise to a claim under the Human Rights Act 1998. If this is found to be the case, these claims can be pursued simultaneously.

The Human Rights Act was created to protect a person’s basic rights. This was for things such as the right not to be subjected to torture, inhuman or degrading treatment or punishment.

We regularly represent individuals in claims for negligence that also involve breaches of one or more of the articles under the Human Rights Act, such as:

Strict criteria must be met to establish whether there has been a breach of one of the articles under the Act. The threshold is usually very high for proving a claim under any of the articles. As such they usually run alongside a negligence claim. 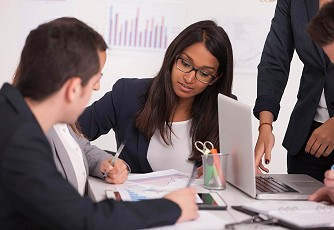 Our team are experts at accessing whether you have a claim

Article 2 - Everyone has a right to life

Examples of instances where Article 2 may have been breached are:

In order to prove that there has been a breach of Article 2, there must a sufficient degree of control of welfare by the state/private organisation over the injured person. This control must also provide a public function.

It will also need to be proven that the harm suffered was caused by the failings of the institution as a whole rather than by one individual within that institution.

Public bodies, or private bodies exercising a public function, have a duty to preserve life. Any failure to do so is a breach of Article 2 of European Convention of Human Rights (ECHR) and a claim for compensation can be pursued as a result. Our team have experience in dealing with such claims.

Article 3 - Not to be subjected to torture, inhuman or degrading treatment or punishment

Article 3 protects you if you have suffered ill-treatment which is deemed very severe. The circumstances of your case will determine whether something is severe enough to be a breach of article 3.

Examples of instances where Article 3 may have been breached include:

You may have a claim under Article 5 of the act if your liberty or freedom has been infringed by a public authority. Situations which may give rise to a claim under article 5 include:

Our team are extremely passionate and have a wealth of experience dealing with all types of claims under the Human Rights Act. They will do all that they can in order to hold the state accountable and seek recompense wherever possible.

To learn more about claims under the Human Rights Act and how our team can assist you, please get in touch.

DO YOU HAVE A CLAIM?

If you think you might be entitled to compensation, please get in touch. We'll be happy to have a quick chat about your case free of charge. 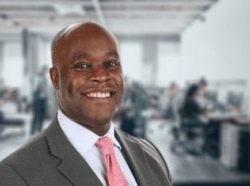