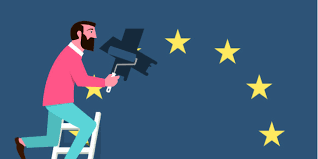 UK formally notified to withdraw from the UK, time to introduce a "Great Repeal Bill".

Less than 24 hours after the EU was formally notified of the UK’s intention to withdraw from the Union, a statement was made in the House of Commons about the Government’s plans to introduce a “Great Repeal Bill”, to come into effect on the day we leave.

One MP said that a more suitable name would be a “Great Transfer Bill,” as one of the main purposes of the bill will be to effectively “cut and paste” all EU laws and transpose them into UK law.

There are two other main purposes of the bill:

The Secretary of State, David Davis, promised to consult closely with Parliament and the devolved bodies across the UK in drafting the text of the bill, and committed to not using the bill to water down protections such as employment rights and environmental standards.

The process is just starting and with no doubt the waters may become choppy, but the core aim is clear – it is to provide reassurance, legal continuity and to promote stability moving forwards.  In this way, the hope is that the transition from ‘in’ to ‘out’ will be as smooth as possible.

What is the importance of your Final Will and Testament?

Dealing with the death of a loved one is challenging in various ways for different people. There is no right way to...

How dementia affects your loved ones Will?

Losing someone close to you can be incredibly difficult. Especially if you're responsible for handling funeral...