Emerging issues in costs: exceptional circumstances or a general exception? 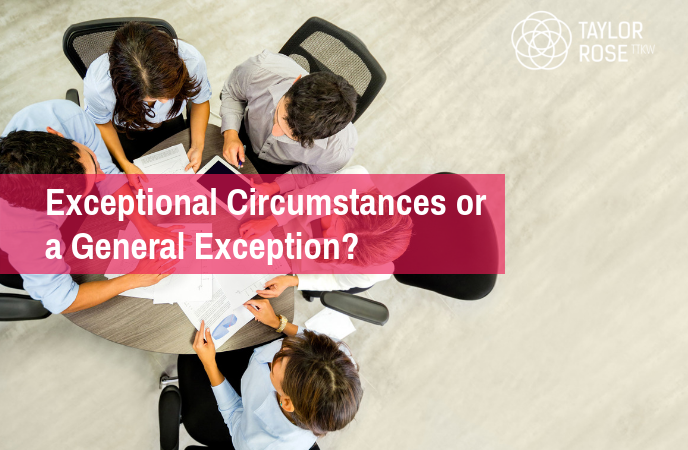 Taylor Rose is seeing an increase in applications to evade the fixed recoverable costs in CPR 45 Section IIIA on the basis that there are exceptional circumstances. There is a common theme to these applications. They often boil down to the contention that the claim would have been allocated to the multi-track had the claim proceeded that far and therefore fixed costs should not apply.

This picks up on the slack left by Qader v Esure. The Court of Appeal held that claims allocated to the multi-track should always have been excluded from the fixed costs regime, and the rules were subsequently corrected accordingly. That left claims started in the Protocols but which ultimately had a multi-track value. Claimants’ solicitors evidently feel aggrieved they are restricted to fixed costs in those claims.

But sometimes fixed costs work out well. Jackson v Barfoot Farms is an example of a claim where the claimant sought to evade fixed costs. The damages were £350,000, and the fixed costs calculation came out high as well.

The difficulty with exceptional circumstances arguments on these issues is that they do not hone in on anything peculiar in the circumstances of the individual claim and instead raise a general issue that affects a class of claims. It amounts to an attempt to create a general exception to fixed costs, which the Court of Appeal has held is not an option. The exceptions are stated by the rules. An exceptional circumstances application is the only open-textured escape route. The parameters of what is required here are still being worked through by the courts, but we predict the end point will be that something more in the circumstances is required than the argument the claim would have been allocated to the multi-track, and all the associated recital of the quantum evidence.

Contact the costs department at Taylor Rose if you need assistance with these arguments.

Congratulations to Michaela Doyle who has won our Corporate Legal Star Award...