Can I get Flight Compensation? Case Study: Ryanair cuts ties with Aviation ADR leaving passengers up in the air 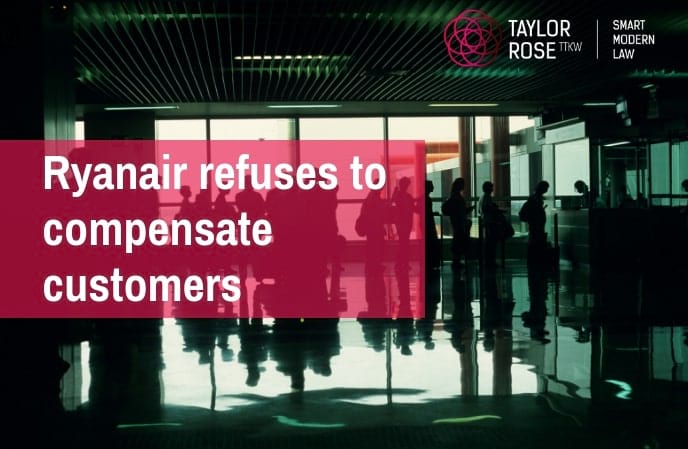 It is of little surprise, as announced in December last year, that the Civil Aviation Authority (“CAA”) is taking legal action against Ryanair over its refusal to compensate customers. This issue has been simmering for a while.

In a previous blog, I explored EU Regulation No. 261/2004 (“EC261/2004”) compensation where a flight was delayed or cancelled. Within the blog, I stressed that the issue causing the most controversy was where a flight delay/cancellation was caused by a strike. In such a scenario, was the airline able to rely upon the defence of “extraordinary circumstances”, thereby escaping compensation?

As previously discussed, I felt the European case law supported the stance that strikes would not fall into the category of “extraordinary circumstances” for the purpose of a EC261/2004 defence. It was my view that passengers ought to be compensated. Indeed, the CAA previously went as far as stating:

“…when a flight cancellation is caused by strike action by the airline's employees, the airline is required to pay compensation to passengers.”

In addition to disagreeing with this stance, Ryanair has taken the extreme option of terminating the agreement with the Aviation Alternative Dispute Resolution (“AviationADR”). Prior to terminating this arrangement, AviationADR had acted as a useful mediatory service, adjudicating on any disputed compensation claims and keeping countless matters out of Court. As it stands, and indeed pending resolution of the CAA action, any claims already within the AviationADR process will likely be placed on hold. For any new claims, litigation is the last remaining option open to affected passengers.

Mark Quinn is a Dispute Resolution Solicitor at Taylor Rose TTKW, specialising in compensation claims, including those of a cross border nature. Should you require any further advice on any issues within this article, please do not hesitate to contact Mark by clicking here.

What are deeds of variation?