Are DIY Wills a valid option? 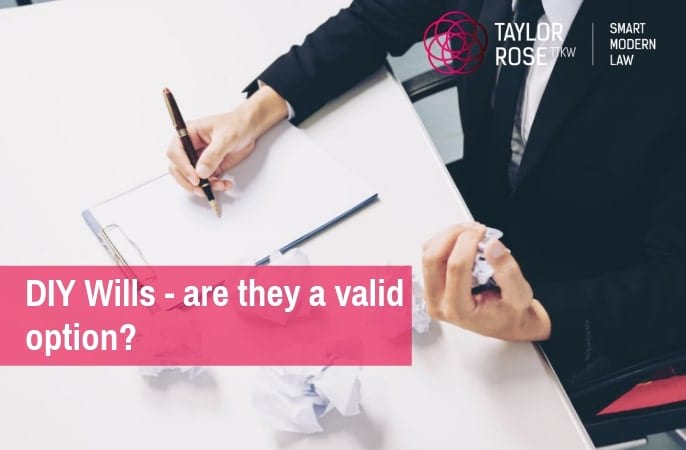 It was reported by the Law Gazette that the number of inheritance disputes heard in the High Court has increased in the last year. This has, largely, been put down to the rise in the number of people doing their own Wills, which are often riddled with errors and omissions. Family members are also increasingly likely to deal with the distribution of assets themselves, rather than seeking professional advice.

This is worrying in itself, but what is more concerning is that the structure of families is changing too, making situations MORE complicated. Where it was once a straight-forward case of a surviving spouse or children inheriting everything, now we have more people living in situations such as blended families, civil partnerships, divorced marriages and children all living in different households.

The growing value of property since the 1970s is also an important factor to consider. Those who bought their first homes in the 1970s are now in their 60s or 70s and have paid off their mortgages, which gives them a substantial estate to leave in a Will.

The need for professional advice when it comes to estate planning and Wills is more vital than it ever has been and it is worrying to see people being drawn into the seemingly cheaper and easier option of a DIY Will package that simply won’t be sufficient enough for their needs. It is quite easy for mistakes to be made or important things to be missed out completely that could lead to your loved ones missing out or worse, at war with each other.

Probate law is complex and DIY wills can easily contain mistakes which render them illegitimate or difficult to administer.

If you would like some advice on a DIY Will you have written, or would like to make plans for your estate, don’t hesitate to contact me on Sandy Kaur.