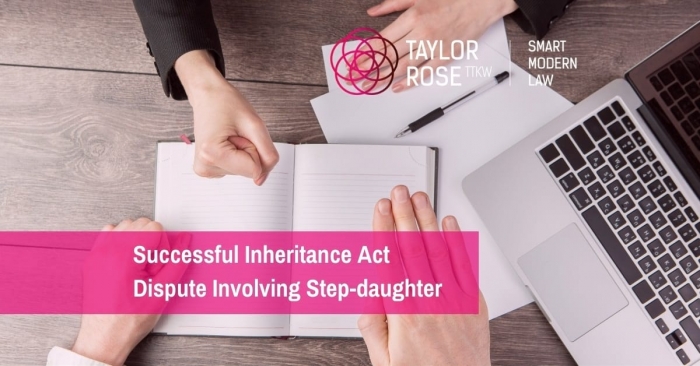 Eddie Bell, Solicitor in the Private Client department at our Sister Firm McMillan Williams Solicitors, discusses the High Court’s decision in Shapton v Seviour [2020], in which the firm successfully assisted the defendant.

Complex family structures have become increasingly common, especially in second marriages where each spouse has children from a previous relationship. Sadly, there can all too often be bad blood between the stepchildren and step-parent, which can lead to acrimonious disputes when one of the spouses dies. The recent Inheritance Act case of Shapton v Seviour is just such an example of this.

We assisted the defendant widow, Maria Seviour, in the defence of her case on a pro bono basis. We worked alongside a retired solicitor who represented her as a McKenzie friend at trial. Our aim was to ensure that the client was free to carry on living in her own home and keep hold of what she had inherited from her husband.

What was the background?

Colin Seviour died in 2016, survived by his wife Maria. It was the second marriage for both of them and they did not have any children together. Each of them, though, had two children from previous marriages. One of Colin’s daughters was Carly Shapton, the claimant in this case.

Colin’s Will left his entire estate absolutely to Maria or, if she had died before him, equally between his four children and stepchildren.

Colin’s estate was relatively small, and was mostly tied up in his share of the matrimonial home. Sadly, Maria was diagnosed with motor neurone disease in 2017. The home had been specially adapted to meet her care needs. Maria herself was wheelchair-bound, and depended on her daughter and carers for day-to-day care.

The judge described Carly and Maria’s relationship as ‘toxic’. This appeared to stem from a conversation when Colin had offered to contribute £2,500 towards Carly’s wedding. Carly’s fiancé (now husband) had told Colin in no uncertain terms that this was nowhere near enough.

Carly brought a claim under the Inheritance (Provision for Family and Dependants) Act 1975. She would have to prove to the court that her father’s estate did not leave her reasonable financial provision for her maintenance. Case law has defined maintenance as essentially just day-to-day living expenses.

Carly and her husband Jake lived with young children and both were employed. Carly was on maternity leave during the trial and was, at that point, deciding whether to return to work. Her case was that she and Jake had racked up substantial loan and credit card debts, and claimed that they could not afford family holidays unless they were put on a credit card. She also argued that she needed a larger home.

The judge also noted that Carly seemed to think that she was entitled to a quarter of her father’s estate. This was not the case. The Will was very clear: Maria would inherit everything outright.

How did we help?

In considering the claim and whether to make an award, the court would have to take into account:

The key for us was to analyse the documents disclosed by Carly to see whether her claims about her own financial position stacked up. On the face of it her claim seemed weak, but this could only be proved by examining her financial expenditure in detail and working out what she was spending her money on.

What did the court decide?

The judge did not award anything to Carly, and had branded her claim as ‘absolutely hopeless’. 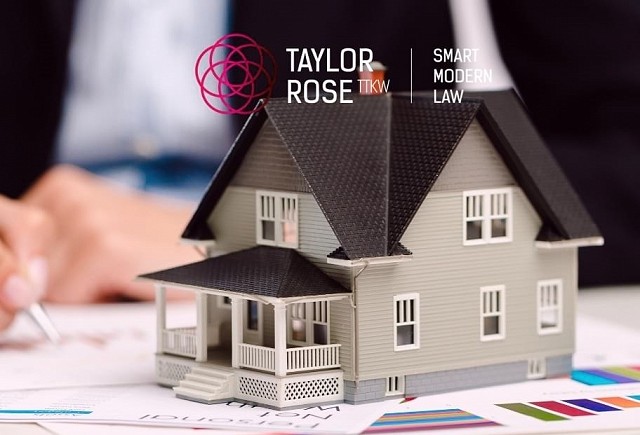 This was a small estate and the vast majority of it was tied up in Colin and Maria’s home. Maria had lived in the house for many years and wanted to live there for as long as possible. If Carly were awarded anything, the house would have to be sold. There was some cash in the estate, but Maria would need it for day-to-day living.

Closely connected was Maria’s diagnosis of motor neurone disease. The judge described this as ‘debilitating’ and noted that the property had been specially adapted for her needs.

If Carly were awarded a substantial part of the estate, Maria would have had to sell and move. Her new property would also have to have been adapted too, at great expense. Maria had very little income of her own, and she would need every last penny to be able to live the rest of her life in comfort.

By contrast, the judge held that Carly and her family led an affluent lifestyle, including luxurious holidays with Jake’s parents.

The money they spent repaying loans and credit cards was self-inflicted. Although their earnings were down while Carly was on maternity leave, her job was open to her when she was ready to return to work. She may have wanted to buy a larger house, but this did not fall within the meaning of ‘maintenance’ and the judge said that it was ‘never on the cards in this application’.

The judge did not award Carly anything from the estate and in addition, Carly had to pay costs to Maria of £12,500. This was therefore an excellent result for Maria, who could continue to live in her home and did not have to give up anything she was entitled to from her husband’s estate.

How can we help you?

Every client’s situation is different, and a Will that works for one person will not necessarily work for another. This is particularly relevant as complex family structures become more common, with second marriages and children from previous relationships.

We have a strong Wills & Probate department, who will be able to discuss your background and your wishes, and prepare a Will that reflects what you would like to happen to your estate. We are committed to giving high-quality advice, and we can look to draft your Will in a way to reduce the chances of disputes like this happening in the future.

If, though, you do find yourself in a dispute over somebody’s inheritance, our experienced Estate & Trust Disputes team will be more than happy to act for you. Whether you are looking to make a claim or you are faced with defending one from someone else, our team are here to help. We deal with Inheritance Act claims like the one in this case, disputes over the validity of a Will, disputes between executors and beneficiaries, and more.

Our Contentious Probate solicitors have specialist experience dealing with all aspects of inheritance disputes and are here to give you the legal advice you deserve.

If you believe you have an inheritance claim, call us today on 0203 551 8500 or contact us to arrange a call back at your convenience.