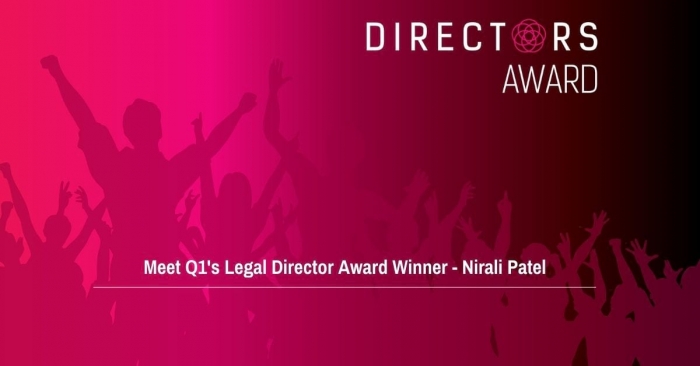 Congratulations to Nirali Patel who has won our Legal Directors Award for Q1 2021!

Nirali is a Consultant Solicitor who works within our Residential Property department and is associated with our London Bridge office. Nirali started her journey in March 2015 to October 2019 at MW Solicitors and later returned in September 2020.

When finding out she had had won the Q1 Legal Directors Award, she said: “It was very nice to receive recognition. My team and I do pride ourselves in providing a fantastic service for clients."

“I am thankful to my team Jesh Persaud and Louise Astley as they are the powerhouse pillars behind me. Lawyers are simply only as good as their back up,” Nirali continued.

“I am very thankful to win this award.”

Nirali said the most enjoyable aspect of her role is “meeting and talking to a range of different clients, referrers and colleagues. I particularly enjoy business development and bringing new business to the firm.”

Nirali was announced as the Q1 Legal Director's Award winner based off how clearly well respected and liked she is by her clients and how many reviews she receives on our external platforms.

The feedback mentions how Nirali is efficient, well spoken, transparent, talented, and always on hand to solve a problem. 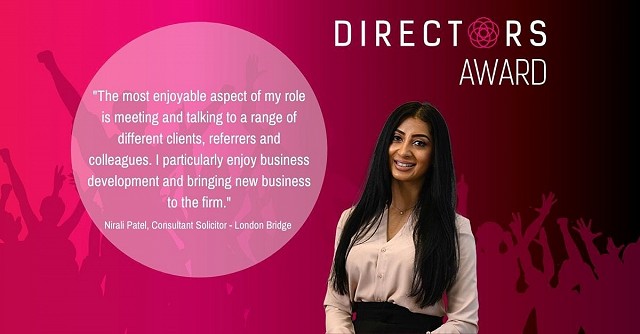 One tip that Nirali would like to let her colleagues know is that: “being swift and efficient helps but being communicative is key. I will never miss a phone call.”

Nirali specialises in new builds and off plan properties and has a sterling reputation in the Developer world and is leading her team from strength to strength.

At Taylor Rose MW, we have four values: aspiration, integrity, innovation, and commitment. Nirali said, “Integrity is the one that resonates with me the most as it’s in the nature of what we do, everything we do within work and actions in the workplace should be done with integrity.”

Nirali outside of work

Nirali was born in Kingston upon Thames and says that the most important people in her life are her parents.

Outside of work you will find Nirali, whisking herself off to as many destinations in the world as possible and is most looking forward to travelling as the restrictions are slowly being lifted.

Nirali is a social butterfly, and you will either find her networking with clients or out with her friends.

Nirali's favourite travel destination is "Barcelona because it combines a beach holiday with all the perks of a gorgeous city."

Nirali’s guilty pleasure is going to the gym as it helps to keep her driven and motivated.

She continued: “it also helps with my work mentality as you have to put in the work to reap the benefits.”

Her favourite book is Ant Middleton – First Man In and her favourite TV series is Friends.

"Every chapter of Ant Middleton's book factors in a leadership lesson which has been paramount in learning to lead and excel in the role that I do."

One fun fact about Nirali is that she can read brail.

Once again we would like to congratulate Nirali on winning the legal director award.

What are deeds of variation?