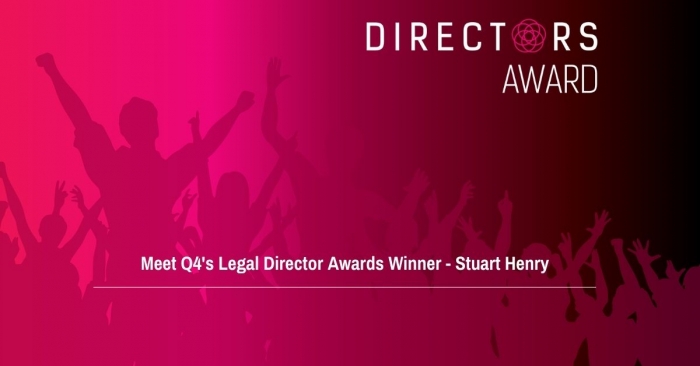 Congratulations to Stuart Henry who has won our Legal Directors Award for Q4 2021!

Stuart is a Consultant Chartered Legal Executive who is in our Civil & Commercial Litigation Department and associated with our London Bridge Office, though he remotely works in Bristol.

He has been with the firm for 8 years, starting his journey with MW Solicitors in 2015 where he became the Head of the Specialist Litigation Team and Manger of the Bath Office. Later, become a Partner in 2018 and after the merger in 2020 he moved to Consultancy model.

When finding out he won the Q4 Legal Directors Award, he said: “I was surprised but really happy to be considered. Since becoming a Consultant, I’ve really focused on the client experience and improving that so it’s nice when you’ve focused on delivering something that gets recognised.” 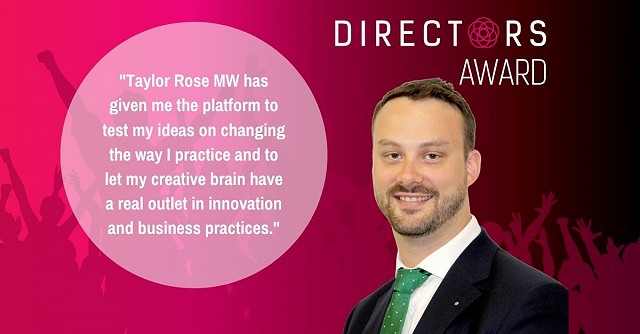 The most enjoyable aspect of his role is, “Consultancy really helped give me the freedom to develop my own system of working and to back my own instincts on modernising my legal practice.”

“I love that I get the opportunity to test new technology, systems, processes and ways of working. That in turn has really changed my clients’ experience for the better and made me rediscover my love of being a lawyer first and foremost.”

He continued with discussing the most challenging aspect: “it was daunting at first (a view I think that most consultants will share) but after a while you grow in confidence and really start to feel like you have your own practice. I’ve had plenty of difficult days where I thought I’d taken on too much of a challenge, but consistency in work and planning is what works for me in overcoming it.”

Stuart’s key to success is putting values first and embracing the human aspect as it’s easy to treat cases as just a number on the system and forget to build the human connection with clients.

At Taylor Rose MW, we have four values: aspiration, integrity, innovation and commitment. Stuart said: “Integrity is a core one for me; my father was a Police Detective and that was certainly one of his defining characteristics.”

“Over the past 18 months as a Consultant, Innovation has been one that has really hit home. We’ve done so many great things, both in my practice alone and the RCP innovation arm of the group. The Taylor Rose MW board have been so supportive in getting innovation ideas developed.”

“Taylor Rose MW has given me the platform to test my ideas on changing the way I practice and to let my creative brain have a real outlet in innovation and business practices,” he said when asked about how the firm has helped him.

“The Civil Litigation Support scheme with the RCP team is one example of that, which has been really successful and the clients that have used it have expressed how valuable they find it.”

When asked one tip he would share with his colleagues is to, “don’t be afraid to try new ways of doing things. If we don’t evolve our practices, the profession won’t stay relevant. Legal tech is a hot topic now and it’ll only get more relevant as time goes on.”

Stuart Outside of Work

Stuart was born in Cheltenham and names the most important person in his life: as his dog Jax, a Belgian Malinois X German Shepherd who is a rescue that was originally bred for police work and who has been Stuart’s office buddy throughout the past year. A reminder to find happiness in the simple things like throwing a ball.

He also names his Partner, Kiya who has been a massive support when Stuart switched to Consultant, and he says he would honestly be lost without her.

Stuart also mentions that they’ve also recently found out that they are to become first time parents later this year.

One fun fact that he has shared with us is that he “toured internationally as a musician and taught martial arts to the comedian Adam Hills from The Last Leg.”

Outside of work, Stuart enjoys “playing as a session musician and songwriter, recording parts for artists in studios or performing in bands across the country and , pre-pandemic internationally. That naturally comes with a habit of collecting guitar and gear that sees him spending a small fortune and touring the country’s dealers in search of the ‘right one’.”

He continued to say he also enjoys martial arts (Brazilian Ju Jitsu), Rugby, Sailing, Golf – most sports come to think of it.

His guilty pleasure is “Collecting guitars and music gear.”

Stuart names “The Hobbit by JR Tolkien” and “The 4 Hour Work Week by Tim Ferris” his favourite books. He added that ‘blues, country and soul’ are his favourite genre of music with his favourite songwriter at the moment being ‘Jason Isbell’. Lastly his favourite travel destination is Scotland as he believes it’s the most beautiful wild country in the world and would love to visit Nashville being a Musician.